French author Dominique Lapierre wrote a grim satire book on the Indians named ‘City Of Joy’ in 1985. In the book, he narrates the story of a slum in Kolkata called Anand Nagar, which means the city of joy. He was so much overwhelmed by the sheer magnitude of human suffering concealed behind the name that he adopted it as the title of his internationally best-selling book on Calcutta.

The author wrote this story based on his three years of extensive research in Calcutta and various areas of Bengal. His novel, based upon a slum-based neighborhood, Pilkhana, near Howrah Station, takes a dig at Calcutta as a dying city. In the book, he mainly concentrated on the poverty of Kolkata. No wonder it failed to impress the locals.

The question arises that when the residents themselves renounced the City Of Joy(book), then why this culturally acclaimed place feels the pride to associate with this term. Well, the author himself acknowledges that it is the spirit of Kolkata. It is all about how people learn, despite incredibly difficult odds, to survive, to share, and to love. It is about the resilience of the human spirit in the face of tragedy.

Kolkata is a very different experience. Unlike the other metropolis, Kolkata is accessible and visually fascinating. Kolkata is the only metro city that affords warmth to everyone. Here, rich and poor both can survive.

The people of Kolkata have an easy-going approach towards life. You feel welcome by the locals, and their kindness touches your heart.

People enjoy and celebrate their festivals together, be it Durga Puja, Christmas, or new year celebrations. The city has many art centers and conducts exhibitions around the year. You get to taste some of the best delicacies and street food in Kolkata. 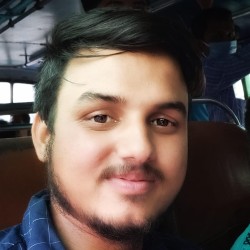 Hey, I’m Prasenjit, a professional blogger & content writer by passion. A guy from the crowded streets of Bengal, who believes in everybody’s potential to win in life.

1 thought on “Why Kolkata Is Called The City Of Joy?”